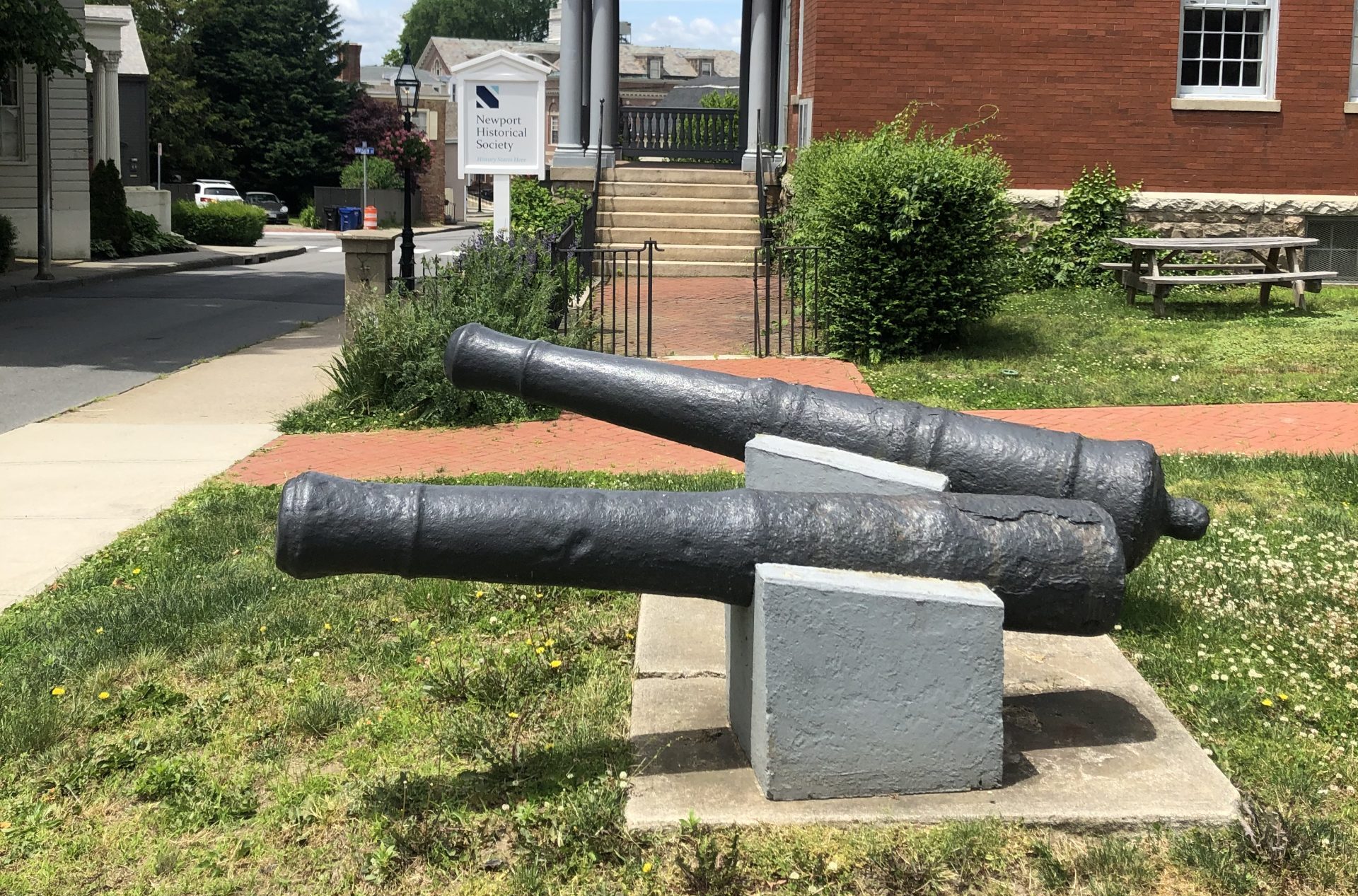 In 1740 the powers of Europe went to war in what would come to be known as the War of the Austrian Succession (1740-1748). Fearing hostilities, the General Assembly for the Colony of Rhode Island voted in February of that year to build a sloop for defensive purposes. Work on the 115-ton ship began immediately in Newport, with her keel being laid in March. She was launched in May and christened Tartar, after H.M.S. Tartar that visited Newport from England in 1737. She was armed with twelve carriage and twelve swivel guns and furnished with small arms, pistols and cutlasses. The cost of construction and outfitting was £8,679 (use a pound sign).

Her first cruise was in June in pursuit and successful capture of a French schooner sighted off the coast. Her first long cruise to foreign waters occurred over a year later when in October 1741 the General Assembly voted to send her to Cuba in transport of soldiers. Subsequent cruises involving transporting troops and escorting convoys followed.

In 1744 military operations shifted to North America when Great Britain declared war against France (King George’s War 1744-1748). Fighting primarily took place in the northern colonies and provinces with many French hostilities launched against the British colonies from Louisbourg the capital of the French province of Isle Royale (present day Cape Brenton). Tartar sailed in many expeditions in the North Atlantic at this time, including participating in the most significant battle of King George’s war, the Battle of Louisbourg in 1745.

While there are no images of Continental Sloop Tartar, she was similar to Sloop Providence (1775-1779).

Oil painting by Alice B. Borsik, courtesy of the US Navy Art Collection, Washington, DC.

Tartar was decommissioned in 1748 and her inventory was sold at public auction. The unclaimed items were stored at Fort George on Goat Island for many years. Eventually, two of her twelve guns were recovered and used as traffic control bollards at the foot of Washington Square before being deinstalled and stored with the Department of Public Works where they remained forgotten once more. In 1934 an inquiry into their whereabouts caused their rediscovery and arrangements were made to move the guns to the lawn of the Newport Historical Society where they can be seen today in front of the Society’s Resource Center, 82 Touro Street.