Search by category using the dropdown menu, or by name using the search bar. 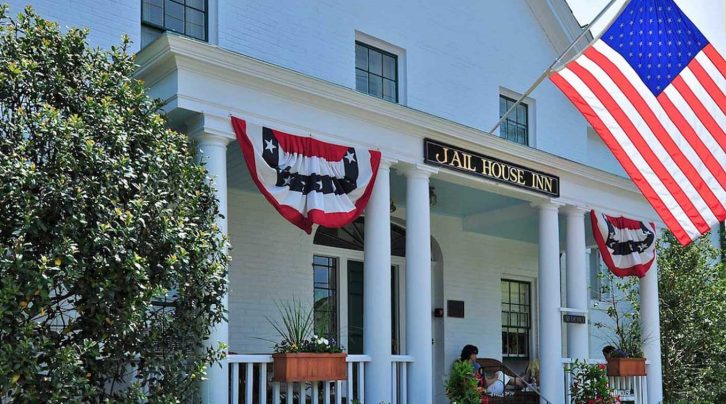 Throughout New England in the 17th and 18th centuries, jails served as temporary holding facilities for prisoners passing through the criminal justice system, rather than a form of punishment or an attempt at reform.  Most infractions resulted in fines or various forms of public humiliation such as being brought to the center of town and placed in the stocks.

The first mention of a jail in Newport was in 1658 when it was decided that “the prison then building in Newport, was to be the prison for the whole colony.”

The Newport jailhouse was built for the city in 1772 by George Lawton and Oliver Ring Warner, replacing an earlier jail built in 1680 on the same location.

In 1800 the building was enlarged, and in 1888 it was renovated by architect Dudley Newton.  According to the Newport Mercury, the jail was “never considered a particularly strong place” and there were a number of notable escapes.

The building remained the headquarters of the Newport Police Department until 1986, when a new police facility was constructed on Broadway and the original jailhouse was converted into the Jailhouse Inn.

Renovated again in 2005, the Jailhouse is a comfortable, convenient and interesting place to stay while enjoying the diverse pleasures of Newport, also known as the City by the Sea.

Visit our website for the latest updates as we emerge from the pandemic.

Visit our website for the latest updates and COVID-19 guidelines.

Click to enlarge our ad in the 2021 Newport Harbor Guide.

Captain Davis is an independent marine surveyor, consultant and appraiser specializing in classic wooden yachts, steel yachts and commercial vessels. Condition & Valuation surveys for insurance and financing.  Appraisals for donations to non-profits. He has managed new construction, repairs, and restorations for over 50 years.