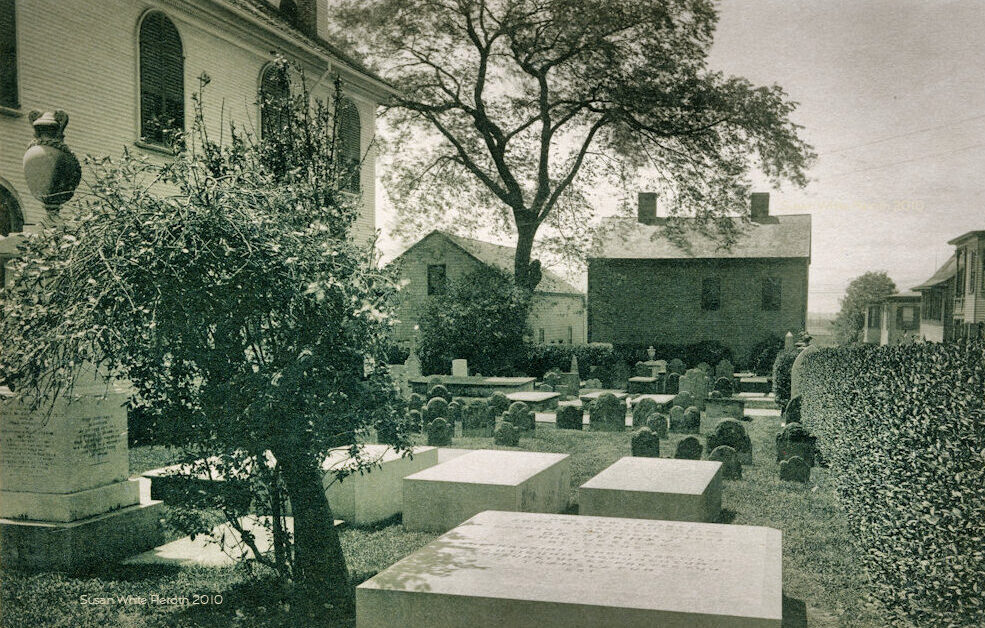 Above, the granite De Ternay grave is in the foreground at Trinity Churchyard (facing west). Original Smith Photographer, Newport 1902 by Susan White Design, 2010

Between the north side of Trinity Episcopal Church and an iron picket fence, you will find the massive granite tablestone of an 18th century knight. Inscribed in Latin, it marks the grave of a French Catholic Chevalier of the Order of Malta, Charles Henry Louis d’Arsac de Ternay. America owes a great deal to this man, for vessels under his admiralty carried some 6,200 French officers and soldiers across the Atlantic in 1780 to support the new nation’s battle for independence.

After a week long illness, de Ternay succumbed to typhus on December 15, 1780, only six months after he disembarked on this island. Then just 57 years old, he was unmarried and childless—as obedience to celibacy, a part of the three monastic vows he pledged on becoming a knight with the Catholic lay order. With full military honors from the French and American forces he was put to rest in the Anglican burial ground because there were no Roman Catholic churchyards in Newport at that time.

Several years later, the original memorial, a slab of black Egyptian marble with carved gilded lettering, commissioned by King Louis XVI, was removed from the site for preservation. Trinity’s parishioners gave it a place of honor inside the church vestibule.

Almost a century after the interment, the precise location of de Ternay’s remains had to be archaeologically reconfirmed before the granite tablestone you see now could be installed in 1873.